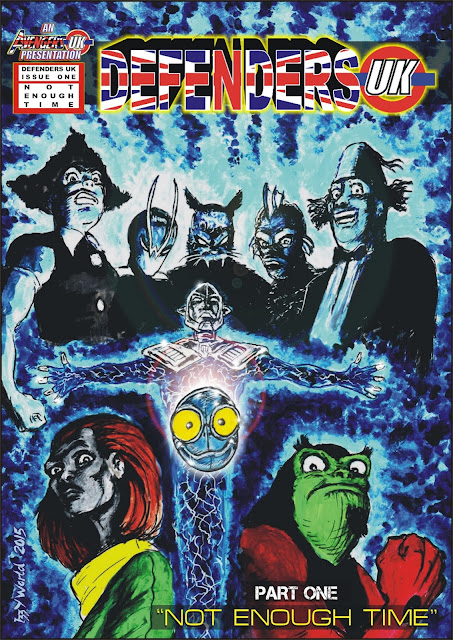 The world of comics fandom is not just restricted to independents there other places one can find the work of committed fans whose work is worth having a look at. One fan in particular always produces a worthwhile read. His comics are unofficial tie-ins to the world of Marvel with lots of British fictional figures from Captain Mainwaring, The Doctor to Tommy Cooper suddenly popping up.

So far Izzy has produced five issues which I'll leave links for at the end of the post but there really is only one place to start..the first issue as illustrated above!

In a space station orbiting Earth 616 we meet our cast. Cobweb, Legion, and  a certain Doctor as it appears one of these Defenders has a connection to Gallifrey, a theme that will re-occur during this series as the various different fictional realities are mashed up. It appears that Cobweb is a mutant experiment of who she calls the Butchers of Rassilon and owes her life to the (fourth incarnation) of the Doctor. 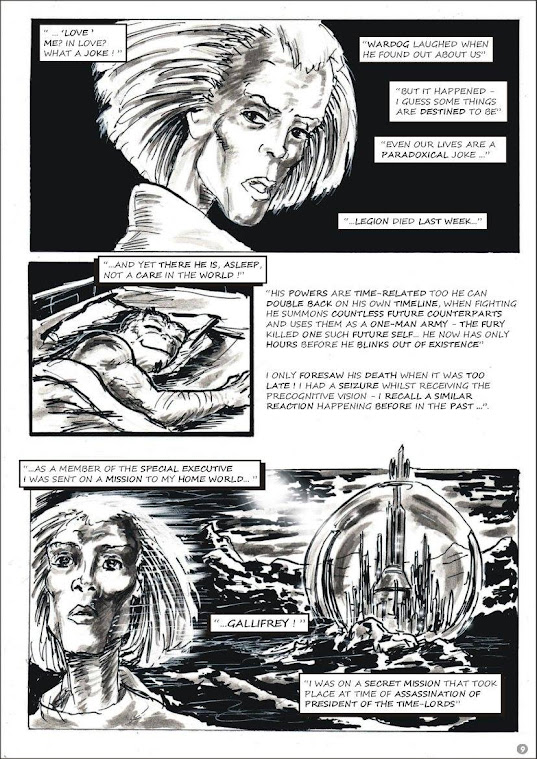 Sadly legion whose powers are the ability to summon his sselves from different times has only a little time to go before he ceases to be. Can he be saved? Who is this temporal vistor and we meet Widget along with others that will appear in future issues.

Izzy produces competent artwork and the world he creates with hsi excellent script is a fanboys dream.

Since this is free on line you can catch up with the story here: Defenders UK #1

Rating: 5 Star effort from a true fan of the genre!

The other issues can be found via the following links: 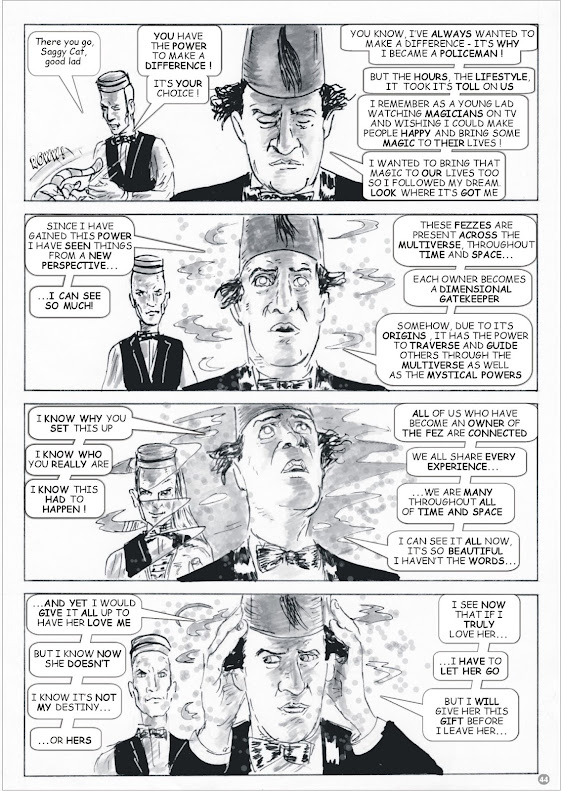