Howie's World of Comics will be returning soon! 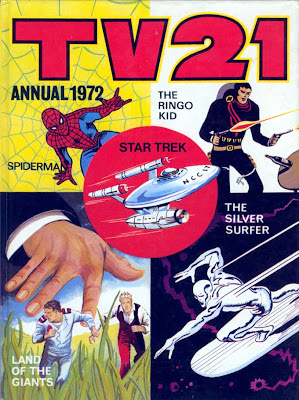 First of all an apology to readers for the break in blogging which has been due to a number of factors including I hate to say a distraction from reading comics almost completely for a while.  As readers will probably know I have been seriously ill and am still recovering though I am now able to get out and about i have also developed other interests in my enforced retirement.

I have a huge pile of comics, magazines, fanzines and annuals to read and review probably getting on for a couple of hundred as although I haven't been reading as much in the form of comics of late I haven't stopped buying them except now for back issues as pension requirements draw in my spending. I have had to cut new titles to the minimum especially with recent price increases.

Nevertheless despite my renewed interest in music, reading thrillers and learning new skills in the kitchen in the form of Indian cuisine and now baking cakes at least once a week my retirement looks less bleak then it once did.

I also have to admit I would have started blogging earlier but was totally pissed off to see all the Dynamite material disappear from my posts. Over the next week or so I'll be deleting all these reviews. Sad really I gave these comics very positive reviews being a big fan of Red Sonja and Vampirella of which I am a bit of a completest when it comes to collecting.

I'll be writing to Dynamite when Howie's World of Comics is back up and running asking for publicity material/previews to be sent for use on this blog. With this in mind I've published the blogs pageviews counter (see sidebar) which isn't too bad for a total amateur like me!

When I relaunch in a couple of weeks time (or sooner if I can get my act together and find a new look for the blog I like I hope you will join me for comics related fun. I might even see you at the London Comics Mart in October (health willing). Look for the guy with a wheely thing and a black hat!

Meanwhile something I came across on You Tube that hadn't had many hits and stars the late, great Adam West.