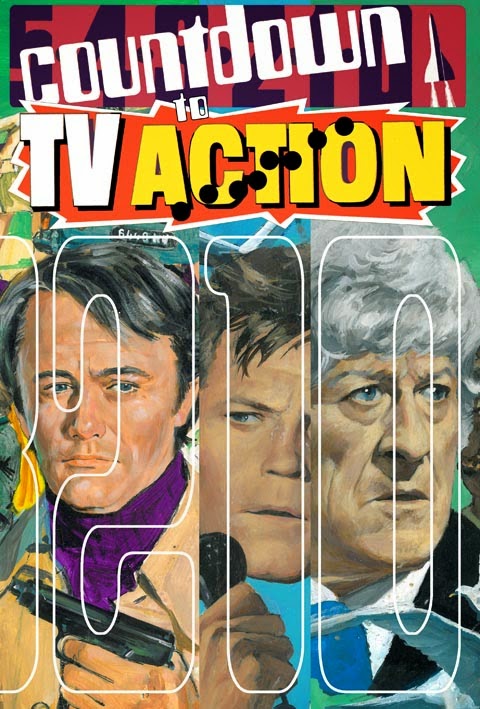 Having concentrated in the past more on collecting American comics a number of worthy British comics passed me by. I am currently collecting various bits and pieces especially the compilations emanating from Rebellion. However one comic that may prove more difficult to get reprints of is Countdown or TV Action as it eventually became.

In many ways a successor to TV Century 21 with a great John Pertwee Doctor Who feature that I gather has seen partial reprints in the past are joined by Gerry Anderson creations and much more over the comics 132 issue history.

Launched in 1971 Countdown gradually changed it's title into TV action starting with #46 and had fully transformed by #59.

This is the third of Steve Holland's guides I have got hold of and is up to his usual meticulous standards taking the fan through the development and history of the comics creation and gives detailed lists of the features and creators. Attention is also given to the two summer specials, three annuals and the various spin off's including Thunderbirds, Doctor Who. 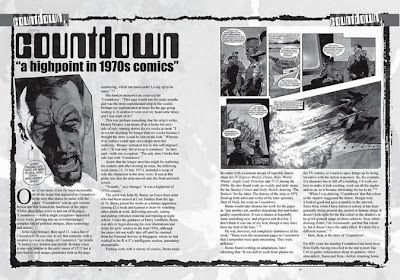 I hadn't realised this was a companion TV Comic something I had ignored for years as being for younger readers. However it was merged with TV Comic as of #1133 though only Dr Who and Dads Army survived the change. Even the header of the merged comic lasted just 15 weeks.

This volume at over 200 pages is an informative and entertaining read and certainly encourages me to try and collect a few more of these.
Although published in 2014 it is still available from: bearalleybooks.blogspot.com
Posted by Howard Fuller at 03:04