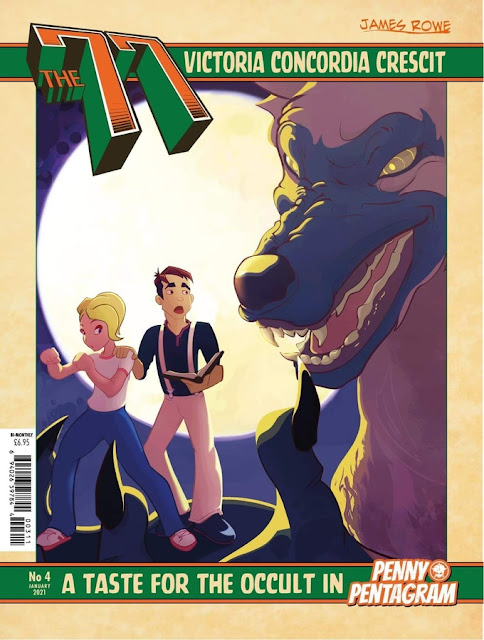 The latest issue of The 77 British comics anthology finally arrived a couple of days ago. A problem with the Kickstarter survey programme rather than the publishers but no harm done as this was well worth the wait. This is probably the best issue yet and there is some good news for the publishers and contributors...

The 77 has been voted Britain's second favourite comic in the ComicScene awards for which Benksy and his chums are to be congratulated. The production of this comic is a major achievement for all  involved and has been part of the burgeoning revival of the British comics scene over the last year or so. 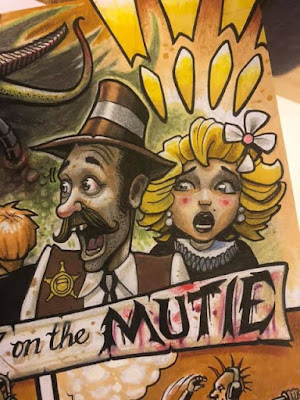 If you haven't read a copy yet now is the time to start especially as the cover is graced by my personal favourite strip from the comic Penny Pentagram. There's plenty more inside for everyone including all the regular features and a cracking one-off story A Demon For Dinner!

There was also an interesting and I thought quite poignant letter from Matthew Ellis who suggests stories get published in longer instalments. Given the frequency of The 77 this seems like a good idea to me. Apparently this is on the cards and what's more there will be a collected edition of Division 77 with extra stories which sounds like worth picking up.....

And, wait for it...a The 77 Annual! That means if Comic Scene go ahead with another edition of theirs we will have two proper Annuals to buy at Christmas. letters to Santa now methinks.

And there's more. Another comic is on it's way from the publishers via Steve MacManus of 2000AD fame. Blazer will be on Kickstarter from January 21st and I'll certainly be contributing to that. There's a full interview with Steve over at John Freeman's Down The Tubes website. 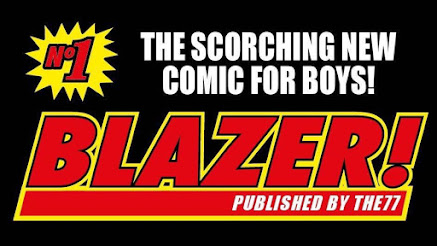