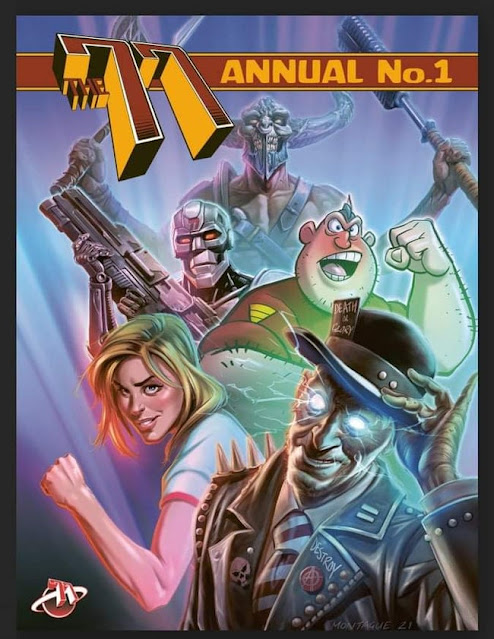 The 77 was my introduction to the world of independent comics which frankly was long overdue and I have enjoyed the journey through the first six issues. It's clear that both the contributors and editorial team have improved over time and this annual with it's high production values makes the price of entry more than worth it.

The first issue of The 77 was fun but had faults which have been gradually ironed out and I've always seen this as the best independent anthology on the indie scene recommending that people do pick up a copy as I don't think they will be disappointed. This annual which also has the advantage of containing all complete stories shows what fans, amateurs and semi-professionals can achieve.

This is of course an anthology title and contains a whole variety of genres, writing and art styles which means that there should be something for everyone in it's 140 pages. The annual starts with a couple of amusing en-trays which parody the world of comics and themselves a wee bit and I did rather like The Recruit by Christoff RDGZ with excellent art from DamienEd.

Next up is one of my favourite strips from The 77 with Dave Heeley's Division 77 in Merry Christmas Mr Shard  with art from Ade Hughes plus one of those "how to make" features we got in the old days! This is followed by a second science fiction feature The Cell which is gradually introducing the reader to a dystopian future none of us would ever want to live in. 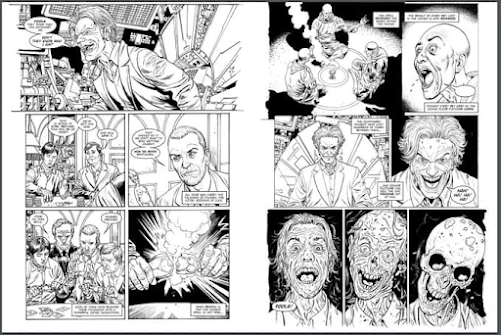 Other stories that caught me eye were the done in one "chiller" House Wins, The Monster In You, and my absolute favourite character in The 77 Penny Pentagram in Just One Day. Guys she deserves a book of her own. Just saying.

There's plenty more to read and make sure if you see "the demon in the corner of your eye" as you are warned....

With actual fan art, pinups of variant covers, games and some humour strips this will make a fine present to find under a comic fans tree. Although not really an "all-ages" publication I'd have been happy with it as a kid having read both Creepy and Vampirella back then.... we were not so mollycoddled back then and rightly so! 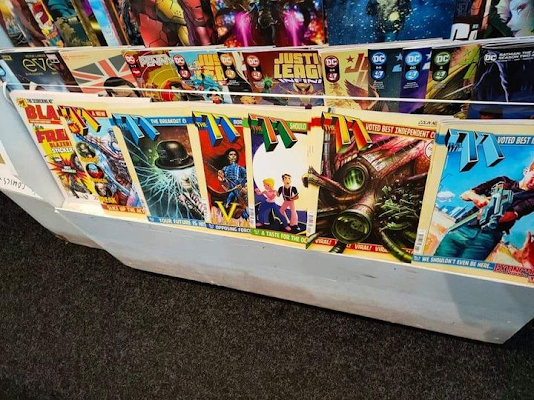