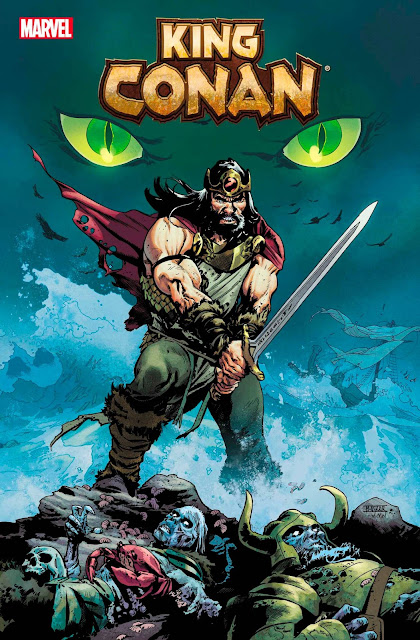 Since Marvel picked up up the Conan licence once again they have been publishing a number of series featuring everyone's favourite barbarian. Besides the actual Conan the Barbarian monthly Marvel also tried reviving the Savage Sword title but not in the glorious black & white that ran for well over 200 issues back in the day but as a more "mature" full colour comic. It didn't work out.

Additionally they put Conan into the 21st Century in a comic I've so-far avoided The Savage Avengers. For some reason the line-up which included one of these bloody Spider-Man symbiotes just did not appeal. Conan has been in modern times before including at least one shared adventure with"spin-off" character Red Sonja who remains with Dynamite where she's getting somewhat over-used and abused in the same way. 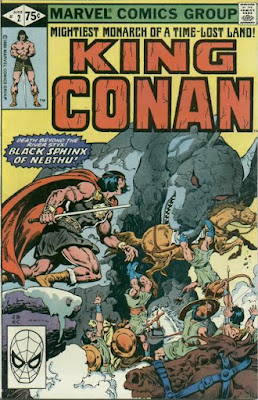 When I saw King Conan being solicited I thought I'd give it a go but so far have only obtained the first over-sized issue. Unlike Conan's other comics of which I have a large quantity I never got around to reading Marvel's original series and had only picked two or three copies over the last couple of years or so. Oddly enough King Conan includes it's "legacy number" of #56 which matters not to me but a lot of collectors seem to appreciate this additional numbering. 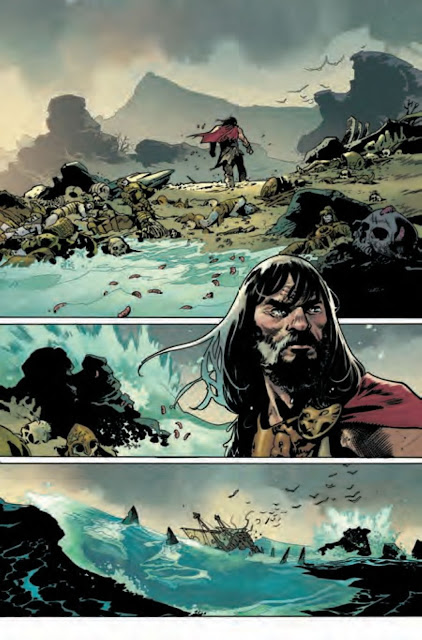 Standard stuff with a little twist even if the appearance of Thoth-Amon again is a tad overused as the villain. Set on an Island far from what passes for the civilised world even in Hyperborean times it's a brutal and bloody battle that takes place over the majority of the pages between these two men.

The magician has a plan and it relies on the blood of a King. However there's a problem for old Thoth and another for Conan that neither anticipated....... 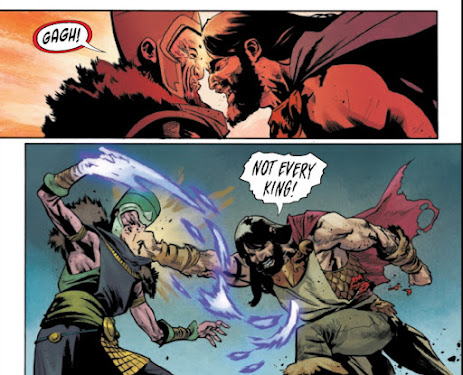 Overall a worthy read. I can't decide whether to pick up this title monthly or wait for the trade.

Rating: 4 Stars (Comes with the usual range of multiple covers)