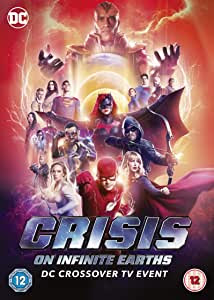 The latest of the DC TV crossover stories (and the longest) was a brave and surprisingly good attempt to put this complex multiverse destroying story on to the small screen. In fact considering that their budget would have been but a tiny fraction of that used by Marvel in their two part Avengers movie epic about Thanos this was quite an achievement.

As readers will be aware from previous instalments in this series of posts covering DC's current range of TV shows Crisis On Infinite Earths is my favourite comic book story of all time and I am the proud owner of not just the original series but the Absolute Slip-Cased edition.  If you want to read the original story there is a trade paperback edition readily available for the more casual reader.

Of course the Monitor had already appeared in the previous Elseworlds crossover so viewers knew something big was coming, but the destruction of the multiverse now that;'s something and who is the enemy? No other than one Anti-Monitor. The show does explain it's version of the origins of this crisis hijacking elements of DC's Green Lantern/Guardians mythos to do so. However from the start and throughout there is much to be admired from the sight of a middle aged overweight Billy Batson looking to the sky and making his trademark remark "Holy Moley", through the guest appearance of Burt Ward from the sixties Batman to the eventual appearance of Lois and Clark and of course eventually the world of Smallville. 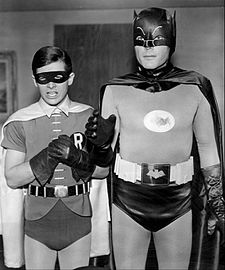 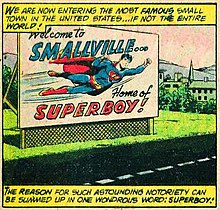 All of DC's TV output over the years finally tied into one coherent structure. Tremendous stuff. Of course the team chosen to take down the Anti-Monitor is limited to 7 but given all the problems the script writers and producers would have faced this, along with a couple of others on the sidelines made this a great piece of TV.

All the heroes from alternative earths finally meeting up for one fight and as in the original not everything or everyone survives but no spoilers if you haven't seen the programme (highly recommended) or as I urge you read the original first!. Both are worth the time!
And then there are the sequels.....