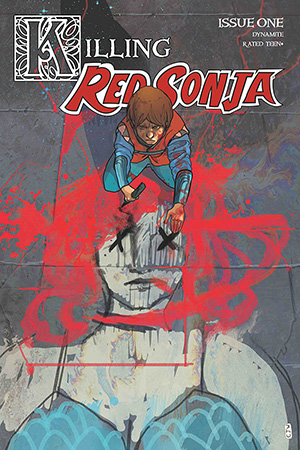 Killing Red Sonja #1 (Dynamite)
Mark Russell & Bryce Ingman (w) Craig Rousseau (a)
The latest Red Sonja mini-series from Dynamite might actually turn out to be my last as this finishes just in time for whne my local comic shop finishes trading in new comics. I am seriously considering making the switic to collecting trade paperbacks rather than individual series as that may prove both easier and cheaper though Amazon. More on that when the time comes.

In the mean time this is yet another Red Sonja title from Dynamite who frankly have engaged in an overkill not just of Red but also Vampirella. Frankly I was a little disappointed by the artwork at first it's more suitable for an all-ages title rather than hard barbarian fare.

There's also a talking boar who seems to want to continually eat dead people and frankly doesn't seem that bothered even if they are not all that dead but amusing as that is I digress. Because of the delays in shipping caused by the virus I have now ordered all the issues in this series so I can only hope this gets better.

Oh and the story is about an adopted kid who wants to avenge his step-daddy probably rightly killed by Red Sonja. There are Trolls to and not of the internet kind!
Rating 1 Star (Just for the talking boar at this stage) 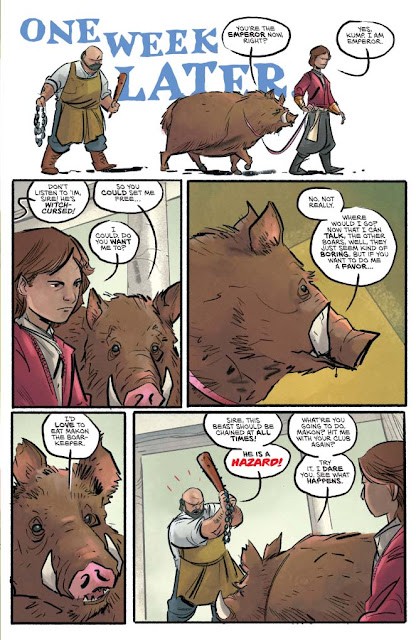