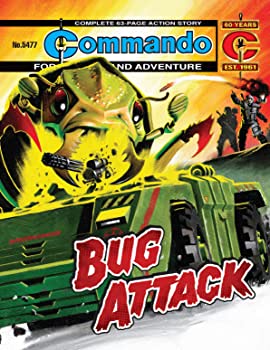 Britain's second longest running comic Commando still delivers good stories for readers young and old. I only dip in occasionally but couldn't resist this short science fiction adventure which wouldn't have been out of place in their now defunct Starblazer comic.

Set in the near future, just twenty years hence a mining operation in Colorado unwittingly unleashes an army of giant insects from thousands of feet below the world's surface. With more than a nod and a wink to  Starship Troopers these bugs are a bloody menace. Literally. 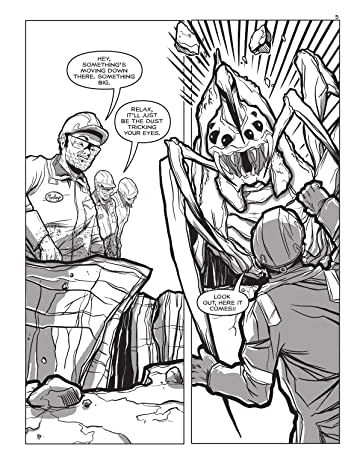 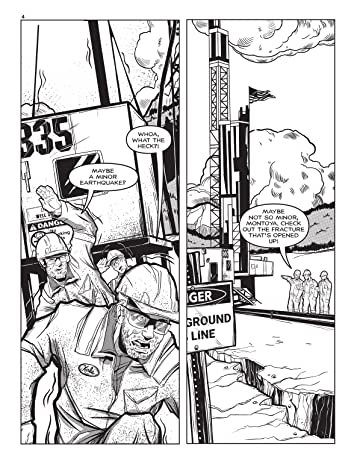 Just as the US Army decides to blast these creatures out of existence they discover some students remain trapped in the area. They can't send helicopters as that flopped when they tried to rescue some loggers. So in go the marines with (as this is a British comic) a group of out lads.

Things do not go as planned and these bugs are not totally mindless it would seem and the marines start going down not just with pincers but all sorts of excretions you really wouldn't want to think about.

Without giving the ending away let's just say this looks like it might be an occasional series. I do hope so.

Maybe with the current revival of British comics DC Thomson might take a gamble and launch a new adventure title. They really should consider a trade paperbacks collection of adventures from Victor, Hotspur Rover and the rest!

For now though Commando is doing fine. Their titles are worth checking out.