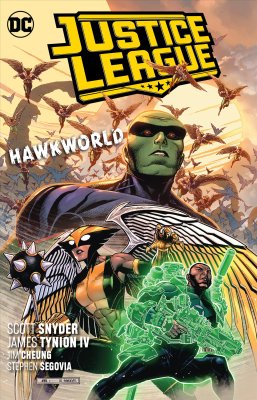 Having been out of touch with the DC universe for a while it was grabbing a copy of this collection of issues of Justice League (#13 - 18 plus Annual #1) as it gives one a sort of overview of what's been going on . There's Lex Luthor's "Legion of Doom", the Joker, Brainiac up agianst the Justice League, the Green Lantern Corps and the New Gods. Throw in secret vaults on the Planet Thanagar and you have one hell of an epic.

It seems Luthor wants to revive some being called Perpetua who is imprisoned behind the Source Wall which if successful dooms the entire universe though Luthor thinks he can gain out of this.  And what part does the eighties hero Starman play in all this?

Legends and mind trips, battles and the falling apart of alliances make this a grand cosmic story that motivated me to order the next volume out in November.

The DC universe will never be the same again and again and ..... that's why I like DC, ever changing, ever developing in crisis after crisis and I haven't even got to the Doomsday Clock yet. Watch this space, just got the first volume.

In the meantime start catching up with DC in this fast paced and intriguing volume! 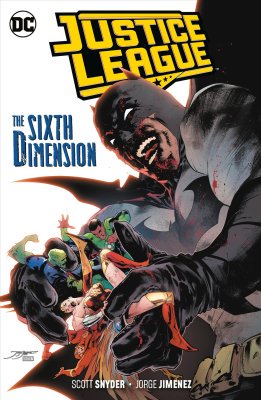