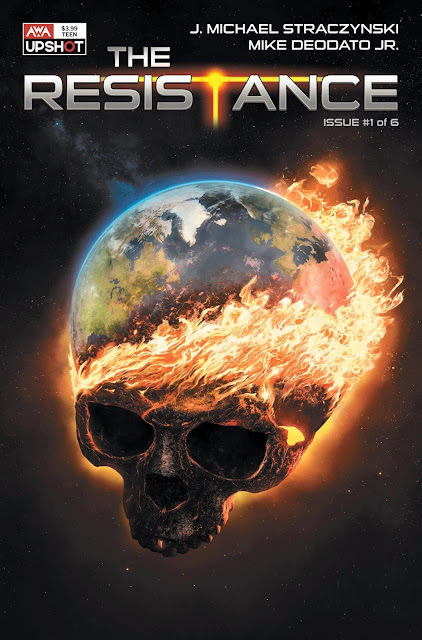 No one knew why it happened.

But everyone had theories..

Hailing from the creator of Babylon 5 and published by a new company on the comics scene, The Resistance couldn't have appeared at a more disturbing time. There's a virus. Nobody is safe. Millions have died right across the planet. The Chinese tried to nuke it out of existence when it reached their shores.

Mankind was doomed. Self isolation? Enforced isolation and no going out for food either. The Russian President says people can live without food for a week. They just need to try and stop the illness when...

Can it be stopped? Is mankind doomed?

Fascism in America? No not Trump. This may be for real.

A splendid opening to what promises to be not just a series but the beginning of a whole new super-hero universe. Fighting back everywhere. The USA, Saudi Arabia, North Korea. A whole world of pain. 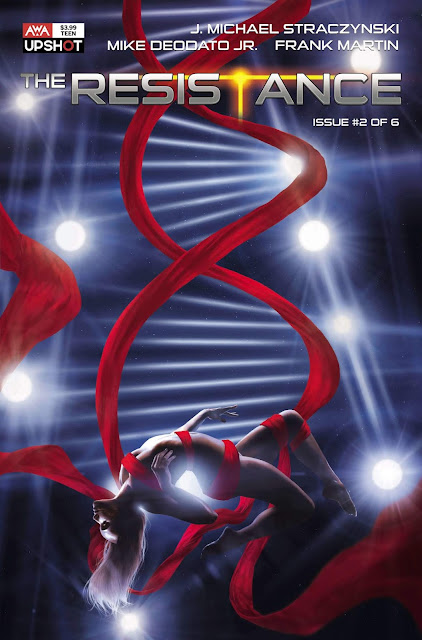