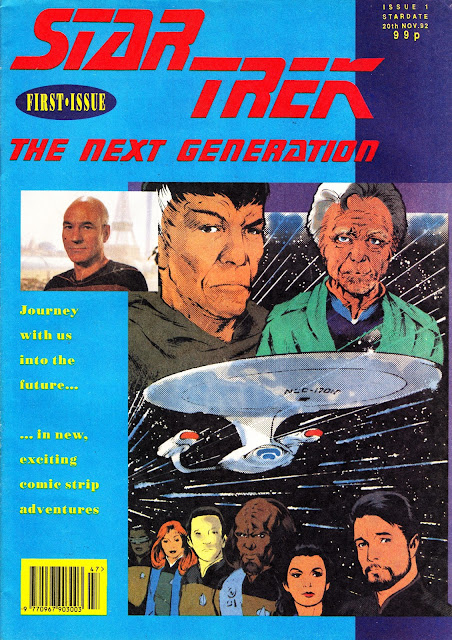 Following the demise of Marvel UK's Star Trek: The Next Generation ,Phoenix Press picked up the licence and the first fortnightly issue came out dated 20th November 1992.

Like it's Marvel counterpart the comic contained DC material and had two continuing stories. The first sees Geordie take centre stage with him helping Kalonis a member of the Ongalatu race who though a bit "Klingon like" had forged an alliance with the Federation only because of Geordie's bravery.

Kalonis needs help due to the Imperatrix going a wee bit mad. So off Geordie goes, alone to the world below.

The second story is The Modala Imperative which sees one of the original Enterprise crew return in the form of Bones.

Regrettably this comic lasted a mere two issues so whether any of the stories were ever completed in the second issue is not known as I haven't found a copy. Pity really this was a well produced comic but the US editions were readily available and probably were preferable to these. 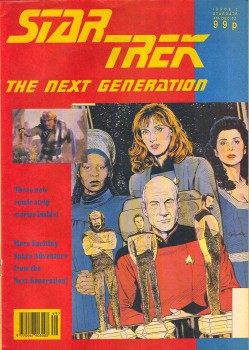